In an earlier post, based on data from the Baltimore Longitidunal Study on Aging (BLSA), I suggested that total white blood cell (WBCs) counts between 3500 to 6000 cells per microliter of blood may be optimal for reducing disease risk and for maximizing longevity (https://michaellustgarten.wordpress.com/2015/08/13/blood-testing-whats-optimal-for-wbc-levels/).

However, within WBCs, neutrophils increase, whereas lymphocytes decrease during aging (Ruggiero et al. 2007, Starr and Dreary 2011). As a result, the ratio between neutrophils with lymphocytes (NLR) increases during aging from ~1.5 in 20 year olds to ~1.8 in adults older than 75y (Li et al. 2015): 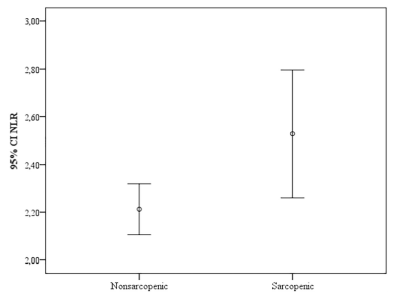 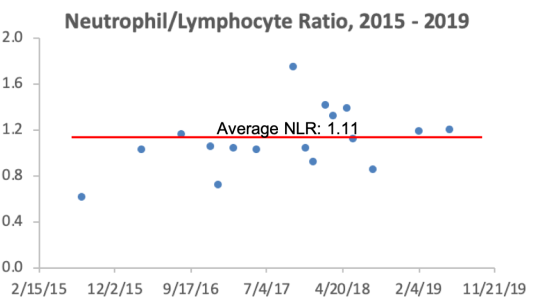