Levine’s Biological age calculator is embedded as an Excel file in this link from my website: https://michaellustgarten.com/2019/09/09/quantifying-biological-age/

An epigenetic biomarker of aging for lifespan and healthspan https://pubmed.ncbi.nlm.nih.gov/29676998/

Underlying features of epigenetic aging clocks in vivo and in vitro https://pubmed.ncbi.nlm.nih.gov/32930491/

Life-Span Extension in Mice by Preweaning Food Restriction and by Methionine Restriction in Middle Age https://pubmed.ncbi.nlm.nih.gov/19414512/

Most often overlooked on a standard blood test are the mean corpuscular volume (MCW) and Red Blood Cell Distribution Width (RDW). How do they change during aging, and what’s associated with all-cause mortality risk? Also, with the goal of optimizing MCV and RDW, how does my diet correlate with these biomarkers?

Mean corpuscular volume (MCV) is one of the 10 variables included in the biological age calculator, PhenoAge (see https://michaellustgarten.wordpress.com/2019/09/09/quantifying-biological-age/). It’s calculated by dividing the fraction of the blood that contains RBCs (hematocrit) by RBCs (MCV = hematocrit/RBC), thereby identifying the average volume contained within red blood cells. Although the MCV reference range is 80 – 100 femtoliters (10^-15L), what’s optimal in terms of a youthful biological age, and minimized disease risk? 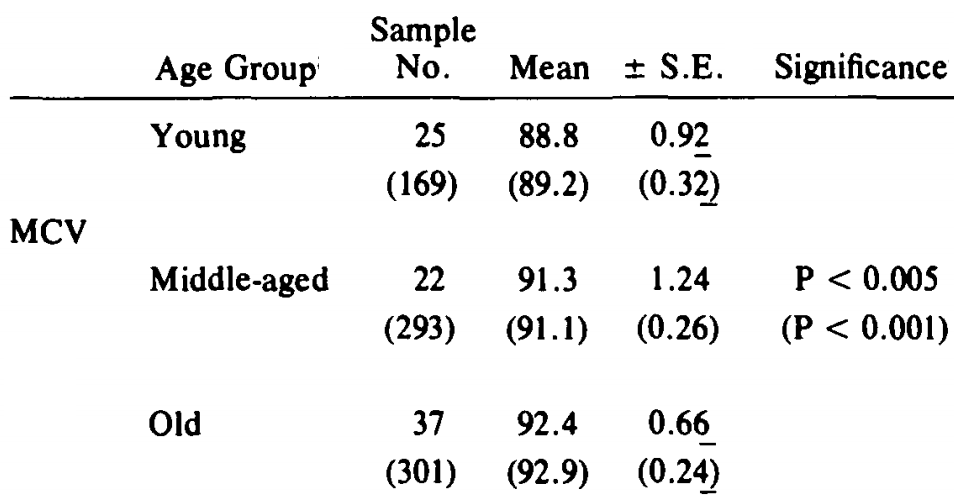 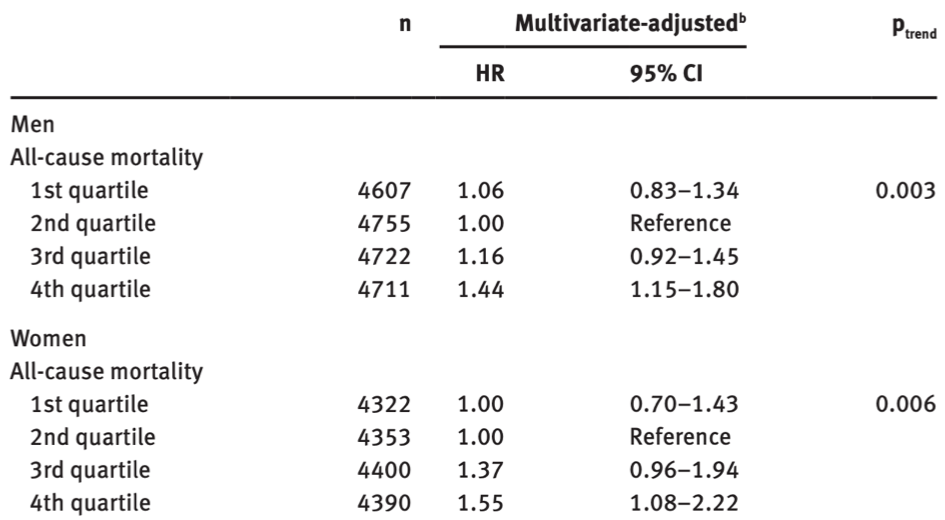 Collectively, these data suggest that a lower MCV may be better in terms of biologic youth,  and for a lower risk of death from all causes. What are my MCV values? I’ve measured MCV 25 times over the past 16 years. In my 30’s, I measured it 7 times, with an average MCV = 90. In my 40’s, I’ve measured it 18 times, for an average value = 91.1. Although these 2 groups of data are not significantly different (p=0.09), the red trendline for these data is slightly up (R2=0.02), which suggests that my MCV is slowly increasing with age: 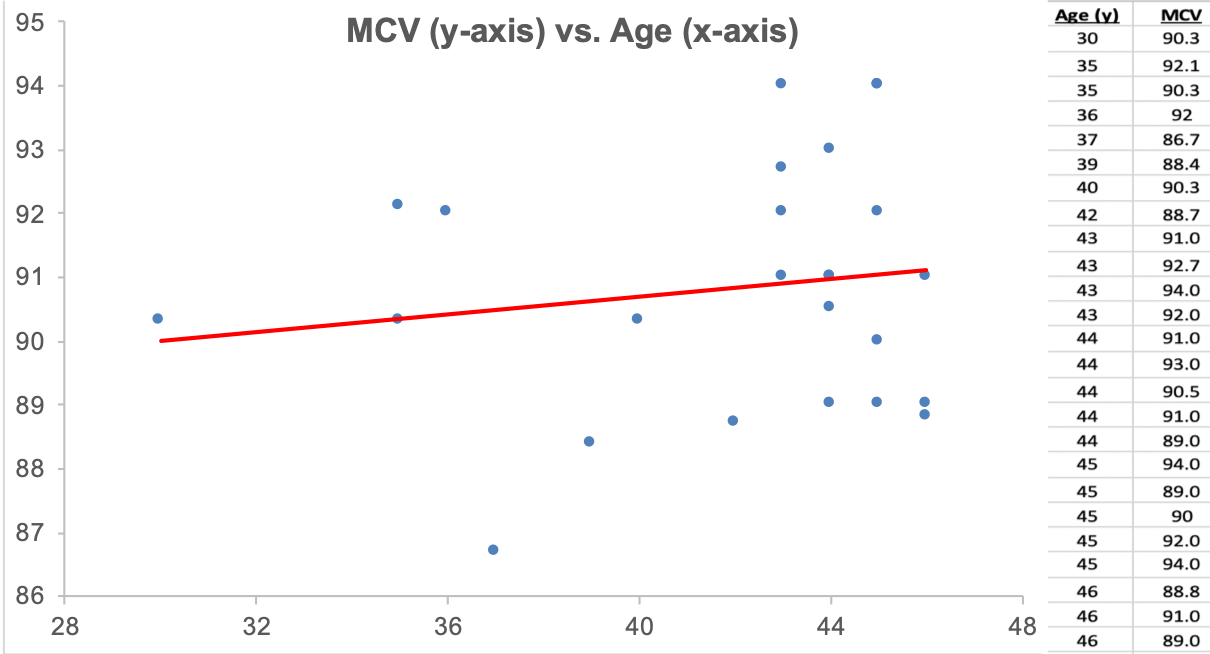 Although my MCV values are seemingly far from the increased mortality risk of Yoon et al. (> 95.8), it increases during aging, so I’ve definitely got my eye on it. Should it start to increase, I’ll intervene with dietary changes. Stay tuned!